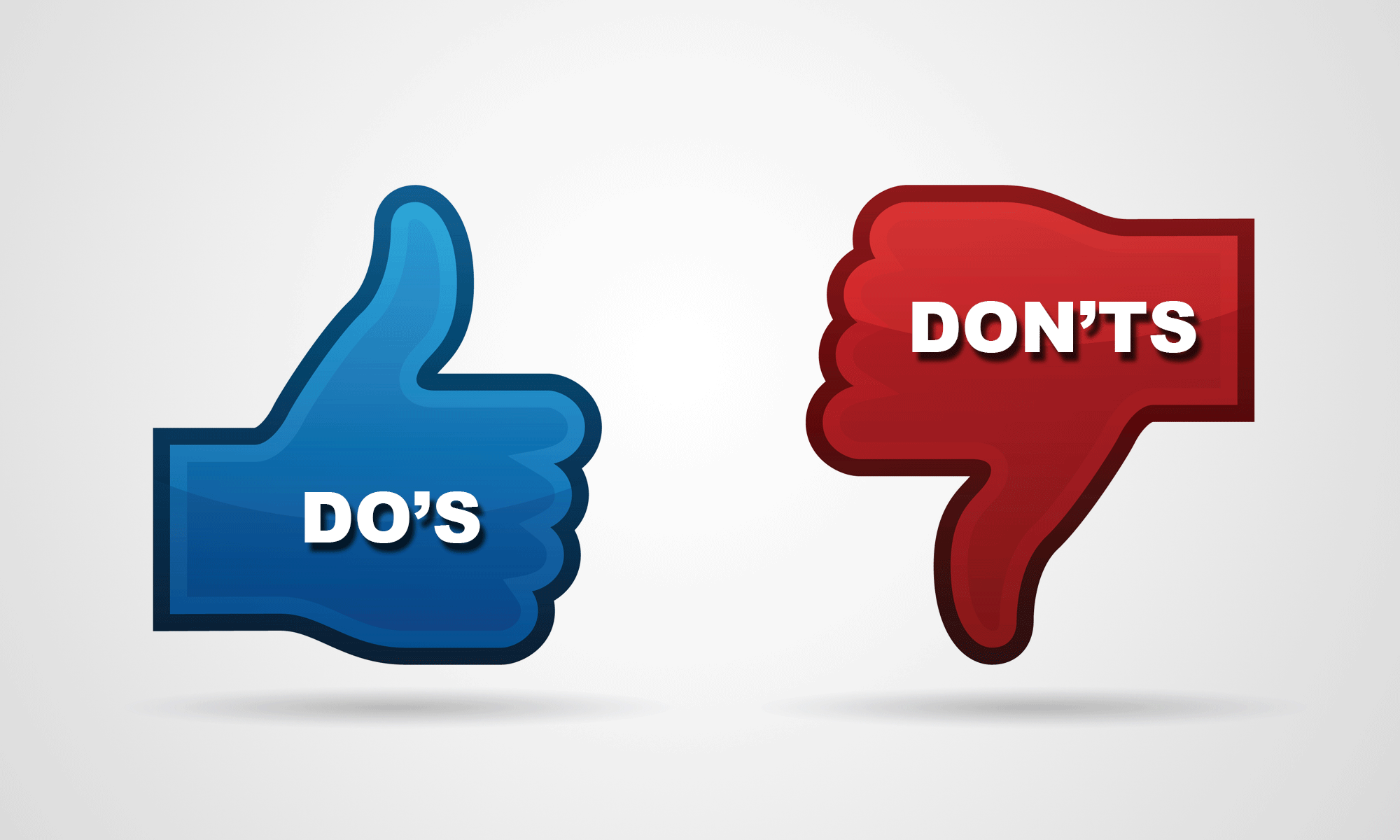 Role Plays The Do's and Dont's

Logically all trainers know that Role Plays are a perfect way to ensure practice of new skills. But somewhere we do realize that not all of us are comfortable acting parts in front of an audience, sometimes the role plays just seem superficial lacking any direction or we are just rushing through things to finish the role play and cover the agenda.To conduct a successful role play carefully design, thoroughly detail,facilitate hands off and objectively debrief; in addition keep in mind a few pointers
Dos
Meticulously plan scenarios to cover the most important parts that need most practice and skills
Plan and set aside adequate time to conduct and debrief role plays
Set the ground rules clearly
Be specific in your description of the role play. This will avoid confusion and your participants will know what exactly to do
Ensure that all participants are comfortable well before role plays start, any awkwardness will impactthe quality of role plays
Involve the participants in the program to share their ideas on how the situation could have been better. Begin by asking the actors in the role play what they would have done differently
When you debrief to bring out the learning, refer to the characters in the role play without referring to the individual actors
Begin your feedback by pointing out all the positives, then bring out what could have been better
Donts
Do not rush in to rescue people. Let them find their way out and find solutions on their own
Dont interfere when a role play is in progress
Dont make role plays about a fault finding mission, be a part in a role play and demonstrate what is expected
Dont target too many learning points in a single role play. The role play will be too scattered and most of the learning points will get lost in confusion
Dont make jokes at the expense of participants of a role play. Most of us are awkward actors, especially when we know we are about to be judged